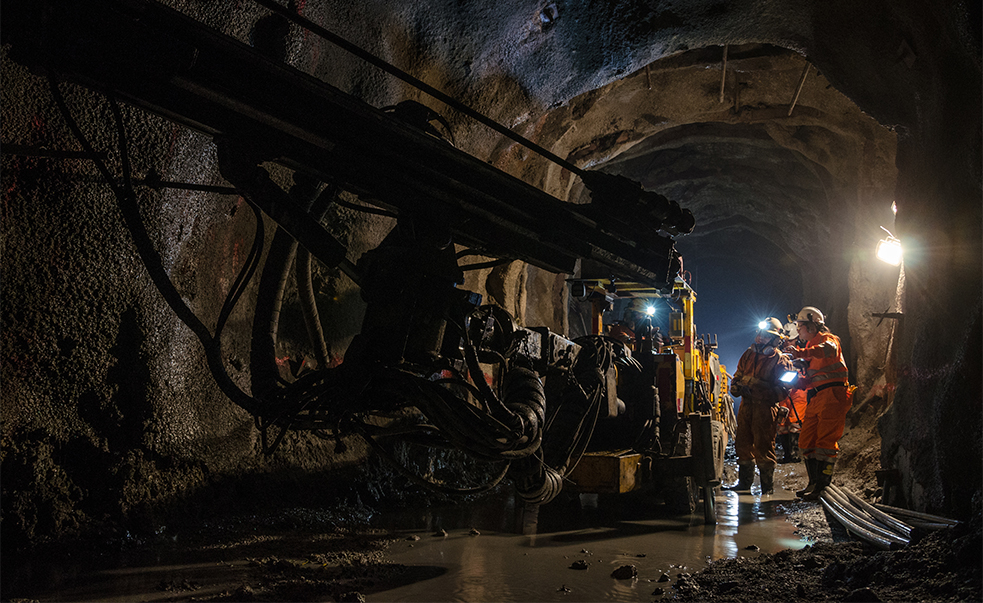 A reliable and efficient communication system is essential for creating a safe, productive, and efficient mine. The history of materials extraction technology dates back many centuries. However, the era of underground mine communications systems can be traced back to the last century.

Just as above ground, the invention of the telephone triggered the mining communication revolution. Prior to the invention of the telephone, mine shaft communication was primarily based on bells and whistle signaling systems. Mines started to use ruggedized telephones that were connected via cables strung through the mines in the early 20th Century. Although the phones were the same as the ones above ground, they were enclosed in cast iron housings to protect them from the extreme temperatures, humidity, dust, or corrosive environments that can be found in a mine. Most phone systems were either based on a magneto (crank-ringer) format. These systems are still widely used today. They use a party-line format with one telephone per section and additional phones at key locations above or below ground. These systems are easy to set up and maintain due to their hard-wired design. However, miners will often have to stop working in order to use them.

The introduction of hoist-rope and trolley-carrier-based communication systems was made possible by the increased automation of mining in the 20th century. These carrier current systems use electrical connections to drive electric haulage systems. Because they are piggy-back systems, both systems are simple to install and provide strong mechanical strength. They are dependent on carrier frequency.

Radio made underground mine communications possible. Nicola Tesla investigated the possibility of using extremely low frequency (ELF), and naturally occurring minerals in mine structures, as a means of TTE (through-the Earth) communication. In the 1940s, South African gold mines were home to the first successful TTE system. In-mine research of ultra-high frequency and very high-frequency communications (VHF/UHF), began in the 1970s. Wave propagation in mine environments is difficult because of the complex topography, dynamic nature of mining operations, and the elements of the mine structures. Radio signals behave differently underground than in above-ground mines.

The “leaky feeder” mining communication system is a hybrid system, which was developed in the 1970s. The system combines both wired and wireless communication to ensure robust and flexible communication even in difficult mine environments. The backbone of the system is the leaky feeder cable. This is a coaxial cable with sections of the outer shielding that are shaved off during manufacture to allow RF signals to “leak out” (or leak in). It functions as an antenna and provides a communication path for radio transmissions within the mine. A repeater is connected to a leaky feeder cable. This cable is then extended into the mine with line amplifiers and repeaters to compensate the signal loss. Mining communications technology has advanced just as much in the last century as mineral extraction technology. We now have wireless communication systems which allow people on the surface to communicate with equipment and people miles below them, increasing safety and efficiency, as well as safety.